There are various systems for rendering Chinese names in English, and it’s important a Chinese translator uses the most appropriate method.

First though, although we talk about Chinese name translation, in fact Chinese personal names aren’t actually “translated” into English at all.

Instead, the approximate sounds of the Chinese name are expressed using English, or more correctly Roman (or Latin), letters. This is referred to as the Romanization of Chinese.

In Chinese speaking countries it isn’t uncommon for people’s names to be Romanized. For example, an English name (rendering) might be needed for education purposes, travelling to foreign countries, or business interactions with speakers who are only familiar with Roman letters.

Thus there are approved systems and accepted formats for Chinese name translation. However different systems are used from region to region.

This article will discuss the common formats of Chinese names, the different Romanization methods used in different Chinese-speaking regions, and provide guidelines for Chinese to English name translation.

The anatomy of a Chinese personal name

Most Chinese personal names comprise a family name followed by a first name. Usually family names are one character, and the first name one or two characters.

So a name typically comprises two or three characters. But like most rules, there are exceptions – there are double-character family names as well, but they are less common.

Each Chinese character is typically a single syllable (sound). Thus Chinese names are typically quite short, with just two or three syllables. Compare that with English names which can also be short – Jane Smith – or have several syllables – Barack Hussein Obama is 7 syllables.

The most common ways to Romanize Chinese names are Hanyu Pinyin (based on the Mandarin dialect), the Wade-Giles system, and Cantonese transliteration.

These are most commonly used in Mainland China, Taiwan and Hong Kong respectively.

People from Mainland China generally have two syllable names. The first character (syllable) is the family name and the second is the first name.

For example, the name of a well known Chinese actress is 孙俪 in Simplified Chinese. Here the first character 孙 is the family name, rendered as Sun in English. The second character 俪 is Li, her first name. Thus literally Sun Li in English. However when written following our English convention with the family name last, it will be Li Sun.

And in fact both these forms can be used. A speaker may use either order, depending on personal preference, the level of understanding of the listener/reader, or the purpose the English name is to be used for.

This is inevitably potentially confusing for the non-Chinese speaker, as it generally won’t be clear to us which name is the first name and which the family name. This is unless we have sufficient knowledge to recognise a common family name.

That said, for formal English uses it is more common to follow our English convention and have the family name last. The family name can also be capitalised to help identify which name is which – Li SUN.

People from Taiwan tend to have three character (syllables) names. That is, a two syllable first name.

The Wade-Giles system is generally used to Romanize the Mandarin pronunciation of names in Taiwan. This system uses a hyphen between the parts of a first name, so is readily identifiable. It also differs from China’s Pinyin in that it uses different letters to represent the same sound – such as ‘ch’ and ‘hs’ instead of ‘q’, ‘x’ and ‘zh’.

An example is the name of Taiwanese top model 林志玲 in Traditional Chinese. Here 林 is the family name Lin and志玲 the first name, written as Chi-ling following the convention of separating the syllables of the first name with a hyphen. Thus Chi-ling Lin in English.

People from Hong Kong also tend to have three character names. Chinese name translation is not standardised in Hong Kong, with both the Yale Romanization of Cantonese and Jyutping systems commonly used. Both of these methods are based on the Cantonese pronunciation of the name – there are only minor differences between these two methods.

An example is 謝霆鋒, Ting Fung Tse in English where the family name is Tse and the first name is Ting Fung. Each syllable is separated by a space, not a hyphen as in Taiwan, and capitalized.

However a common practice in Hong Kong is to choose an English first name and combine it with the Romanized family name, e.g. Nicholas Tse. There is no pattern or rule for this, the person simply chooses an English name out of personal preference. In some cases the chosen English name may sound like the pronunciation of the Cantonese name.

Other people like to use the initial sound of each syllable (character) of their Chinese first name as their English name. E.g. someone called Siu Ming Chan may refer to himself as S.M. Chan. This can lead to potential problems as the Chinese person will consider S.M. to be their first name but English speakers will likely interpret this as the initials of two different Christian names and may insist on asking the Chinese person what his/her first name is.

A good example of the differences between the various Chinese name translation systems is the family name 謝. This becomes Xie in Hanyu Pinyin (Mainland China), Hsieh with the Wade-Giles method (Taiwan), and Tse in Hong Kong.

The implications for the Chinese name translator

Care needs to be taken with Chinese name translation because most people are sensitive about their names. Rendering a name inappropriately may cause offence.

Often there will be an existing Romanization from official documents such as a passport. This should be used where available. Certainly when we translate Chinese to English we typically ask our clients to provide their English name spellings if they have them.

If not, the Chinese names in a document need to be Romanized using the appropriate system. It is important to determine where the Chinese name is from and use the method normally employed in that region. The Chinese translator will have on-line resources and dictionaries to help with this.

Since there are various systems to Romanize Chinese names, it is best to leave the converting of Chinese names to English to the professional translator.

Check our these pages:
– for Chinese – English translations
– if you need a Chinese interpreter
– our specialised Chinese typesetting and dtp service

For a quote for a professional quality Chinese translation:

– use our translation quote form, or
– e-mail us the details
and we’ll be right back to you with your quote.

And make sure you check out the many other quality articles on translation on our popular PacTranz blog. 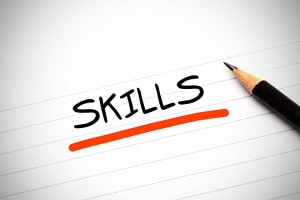 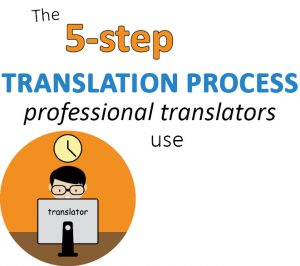 Back to top | Other articles | Pactranz home page